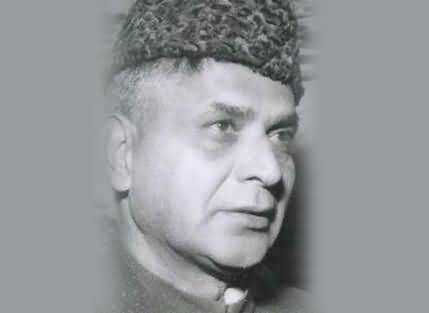 Agha Shorash Kashmiri is the great writer, scholar, debater, and leader as well. He has born on 14th August 1917 in Lahore. He was born during the British rule in subcontinent and Lahore was a famous city of British Administration. Shorash is brought up under the British rule that influenced him a lot.

He is the greatly motivated person and struggled a lot to get liberation from the tyrannies of the Britishers. He remained a prominent figure in the freedom movement of Pakistan and also the other Muslims to participate for freedom through his writings. Shorash Kashmiri had been working as a chief editor of the weekly “Chattan Magzine” in Pakistan. “Shorash” is not his original name rather it is a takhullus “Pen Name” that became the sign of recognition in the subcontinent.

By means of occupation, he has been involved in different occupations like journalist, orator, poet, political activist and historian as well. He is attached directly or indirectly with all these above-stated professions. But the field of journalism and literal activities made him unique. He has also been related to political affairs as an active political activist.

Agha Shorash Kashmiri started his very active political career in 1935. He delivered important speeches to influence the masses but one famous speech that is known as a historical speech given by him at the Shaheed Ghani Mosque Conference. This conference headed under the presidency of Zafar Ali Khan who has been serving as the President of Ahrar Party of India. Agha Shorash Kashmiri was also the student of Maulana Zafar Ali Khan. But their violence took place at the conference that disappointed him.

Shorash Kashmiri is also greatly impressed by Chaudhary Afzal Haq who was also significant political leaders of sub-continent. He greatly worked for the collaboration of the Muslims of United India. Agha joined All India Majlis-e-Ahrar-e-Islam. He struggled hard for the Ahrar Party. By the same token, Shorash Kashmiri was also impressed the religious and political activist Ameer-e-Shariyyat Sayyad Ata Ullah Shaha Bukhari.

Agha Shorash Kashmiri started his political career in 1935. He continued to struggle hard to involve himself in the political field. With the passage of time, he continued to boom up and became a well-known political personality in the sub-continent. Due to his devoted political practice, he elected as secretary general of All-India Majlis-e-Ahrar in 1946. His role was also important in Tehreek-e-Khatme Nabuwat in 1974.

Very recently in 2014, the governor of Punjab Ch Sarwar while speaking in launching book ceremony in Lahore written by Agha Shorash Kashmiri explored that Kashmiri was a very active journalist. This book wrote about the life of Agha Shorash Kashmiri. According to the governor of Punjab, the writers of today can get the lesson from the life of Kashmiri as a journalist who never gives before any oppression.

At last, I hope you liked the biography of Agha Shorash Kashmiri. You may also want to check Faiz Ahmad Faiz: A Legend Urdu Poet.