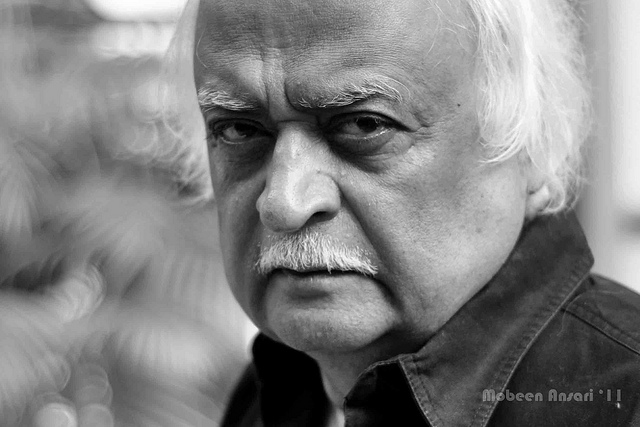 He is attached with Pakistan Television Corporation since 1970. By the same token, currently, he is serving in different spheres of literal activities in Pakistan. All of the thought-provoking and sensible drams and shows related to national issues and problems are hosted by him.

Anwar Maqsood like some other famous writers of Pakistan is born in India. He is born in 1935 in a well-known state of Mughal Empire, Hyderabad Deccan. Anwar also obtained his early education from his native town. He got admission in Gulbarga Trust School in Aurangabad.

Anwar Maqsood belongs to a family whose members are well-known personalities of Pakistan. Most of his brothers and sisters are related to important fields in Pakistan. His one sister Fatima Surraya Bajja is known as a renowned writer not only of Pakistan but also of South Asia. His sister Zehra Nigah is also a prominent poet of Pakistan.

Anwar’s one brother Ahmad Maqsood has been serving as a former Chief Secretary of Sindh province. His one sister Zubaida Tariq is a very familiar chef. Anwar Maqsood’s wife is also like his whole family. Her name is Imrana Maqsood and she is also well-known Novelist. Furthermore, the children of Anwar Maqsood are also following him. His son Bilal Maqsood is a rock Artist and he is also lead guitarist of a rock band known as Strings.

As a writer, Anwar Maqsood is an impressive personality. He has written a number of dramas for the television of Pakistan. His plays are appreciated well among the audience. Some of the important writings of Anwar Maqsood in the form of television dramas are following.

Anwar Maqsood also received many awards but here are a few important awards that he received from national levels. These awards are following.

At last, I hope you liked the biography and books details of the great writer of our time Anwar Maqsood. You may also want to read Anwar Masood: Biography.