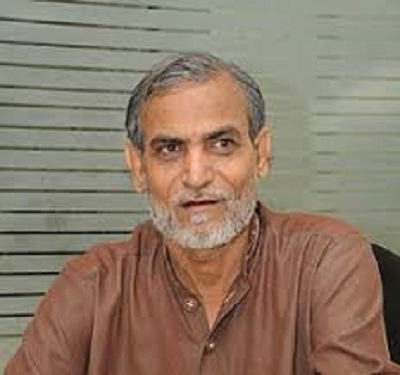 Pervez Bilgrami is a famous fiction writer, novelist, poet, and biographer who authored hundreds of stories and novels. He has a long career and wrote more than five thousand stories with different pen names. He wrote on various topics like romance, suspense, thrill, and adaptation but enjoyed horror novels.

Pervez Bilgrami is now writing reenactment for the Dawn news television channel, which is a dramatization of some strange events.

Pervez Bilgrami was born in 1962 in Dhaka, East Pakistan. His father, Mazhar Ali Jauhar, was a prominent poet and writer who earned fame as a film director. He directed dozens of movies in Urdu and Bengali language. Mazhar Ali Jauhar was the son of Allama Mehmood Hassan, a famous scholar and religious leader.

Mazhar Ali migrated West Pakistan when an insurgency started in Dhaka. He selected the city of Karachi for his residence and career. But soon after, he died when the age of Bilgrami was only ten years old. Pervez Bilgrami left his study incomplete and started to work in his childhood. He had some talent and craze for football and failed to make his career for family issues.

Pervez Bilgrami started to write when he was a child of seven years. He wrote some stories for children’s magazines and got appreciation from his father. He had many talents for writing, which highlighted in his student life. Later, he started to write for the children’s edition of Daily Jang. 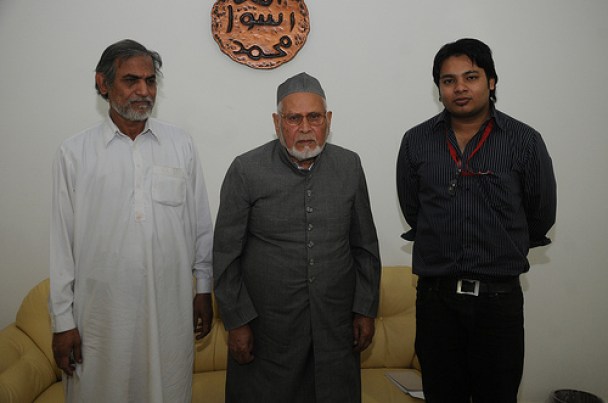 Pervez Bilgrami married in 1993 at the age of 31 and started to live a peaceful life. He has a small family with two sons and one daughter. He focussed on the life and career of his children and tried to provide them with everything which he did not found in his life.

Pervez Bilgrami met to Shamim Naveed, who played a vital role in enhancing his career. Pervez joined Sachi Kahaniyan as a subeditor and started to work under the supervision of Shamim Naveed. Soon after, he became the editor of this digest and worked hard for the circulation of this journal.

Pervez Bilgrami left Dosheeza Group of Publications for some personal reasons and joined Jasoosi Group of Publications. He started to work as the editor in monthly Sarguzasht digest, which continued till the days. He did some new experiments and patronaged the new writers in this institution.

Pervez Bilgrami got many awards throughout his career for his services in the promotion of Urdu fiction and literature. He upheld two times the Dosheeza writer award in a decade. He also got the Best Writer Award in 2003, but the main prize for him is the appreciation of his readers who live across the world.

Pervez Bilgrami wrote some super hit serialized novels and stories published in the digests. He also used some pen names, and under this, he wrote thousands of stories. He is the only writer in Pakistan who introduced the short story of one page, which is viral on social media sites. Here is a list of some super hit Pervez Bilgrami Novels, which are also available in pdf.

It was the first novel by Pervez Bilgrami, which published in Sachi Kahaniyan in the episode. It describes the life of a man who was an eyewitness of the bloodshed in the partition in India.

It is another famous novel by Pervez Bilgrami, which is full of adventure, thrill, and suspense. It describes the mission of a scientist who failed in his cause. He had some traitors in his team who played their role in his failure.

It is an excellent social, romantic, and patriotic novel that describes the life of a man who had some strange qualities. He always ready to help others and serve humanity with his talent.

It is an excellent social, romantic, and adventure story of a couple who lived in Iran. They started the business of food supply and, after that, faced some strange things and events.

This story also is written in the context of the partition of India and the creation of Pakistan. The writer discussed the difference between the Hindus and the Muslims. He explained their cultures and religions.

In this novel, the writer describes an adventure, horror, and suspense story of a man who wanted to get rid of black magic and evil forces. He traveled to India and escaped from evil powers with the help of some pious people.

In this novel, Pervez Bilgrami discussed the reasons for the separation of East Pakistan and Dhaka Fall. He talked about the conspiracies of the politicians and the activities of Mukti Bahni. He commented on the military operation, which led to the surrender.

It is an adventure and thrilling story which describes the life of a girl who captured by Jin. A man who knew the black magic also intervened in the story. The writer told some strange characters and fearful events in it.

It was another horror novel by Pervez Bilgrami, which describes some unexpected events that happened in Bengal. The writer talked about the influence of the alien forces on the life of the people.

It is an excellent novel that describes the life of a man who dreamed of the future. He chose the wrong way and left home. His family considered him as a Shaheed and her wife married to some other

It is another thriller novel by Pervez Bilgrami, which published first in the digest and now available in a book form.

It is also a thrilling and suspense story that gained much readership and appreciation. It published in a digest of Urdu in the episode.

It is a social and romantic novel that describes many sweet and sour realities of life. It also published in Sachi Kahaniyan and later released in a book.

This story is a horror novel that describes some unique characters and fearful events. The central theme of the story is evil forces which influence the life of the people in many contacts.

It was also a thrilling and action story by Pervez Bilgrami, which describes the ups and downs of life. A man who did not lose heart always got success in life.

It was a serialized biography of the great poets of Urdu, which published in a Sachi Kahaniyan. Pervez Bilgrami wrote all the essays on a story pattern.

It is a serialized memory by Pervez Bilgrami, which is releasing on a website. He talked about many famous writers, events, and personalities.

It was a series of biographies of Muslim saints and Sufis who played a vital role in the expansion of Islam.

It was about the miracles and its logical and religious reasons, which for many years in a digest.

At last, I hope you liked the life history and the list of Pervez Bilgrami Novels.  You may also want to read Qayyum Nizami and Amjad Islam Amjad‘s biographies.