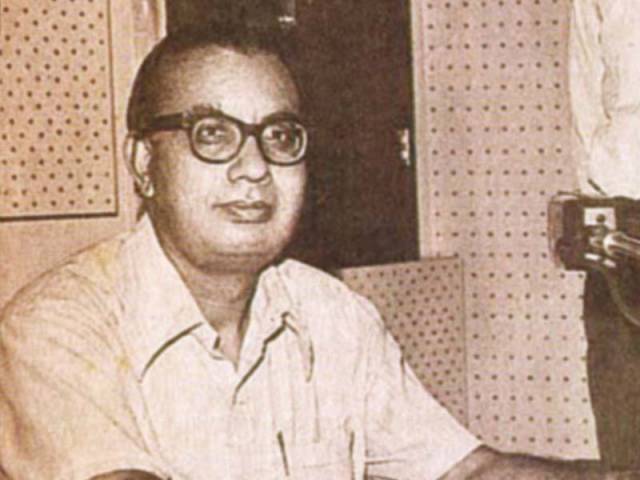 Ibne-e-Insha is a well known Urdu writer of Pakistan. He has also worked in Punjabi field as well, but his Urdu work got more fame than the Punjabi. He is born on the 11th of January 1978. His Father’s name is Sher Muhammad Khan. Ibn-e-Insha has worked into different dimensions of Urdu writing.

He recognized himself in the primary fields of Urdu such as poet, humorist and travelogue writer as well. He also worked as columnist writer in newspapers. Ibn-e-Insha has used such a different style for his poetic work that inspired the generations. The young poets are so impressed by the poetry of Ibn-e-Insha.

Ibn-e-Insha is born in Phillaur a well-known tehsil of Jalandhar district, Punjab India. When he was born, there was a united India under the British administration. But later on, his father was called upon from Rajasthan.

He got his early education from his native residing. The role of family is also crucial in educational achievement. His family socialized properly that he got success in his social as well as the practical life. He got admission in the University of Punjab where he completed his graduate degree in 1946.

Later he went to Karachi University and got his Master of Arts Degree in 1953. He has associated with different fields during his career. He has also been a member of many governmental departments like Radio Pakistan, the Ministry of Culture and National Book Center of Pakistan.

After the accomplishment of his educational period, Ibn-e-Insha attached himself with the professional life. He served the different job careers both in governmental and non-governmental sectors. But he relates himself especially with the literal activities that polished him to take part into writings actively. At the start of his professional

At the start of his professional career, he served in the different departments of Pakistan like Radio Pakistan. His participation were directly concerned with his literary fields like books, radio, and culture.

The early period of his professional life enhanced his inner capabilities that became able to participate at the international level. He served United Nations Organization also that is the widely accepted organization in the whole world. During his service at UN, Ibn-e-Insha visited so many countries of the globe that inspired him to do work on an important field of writing “Travelogue.”  He visited countries like Japan, Philippine, China, Hong Kong, Thailand, Indonesia, Malaysia, India, Afghanistan, Iran, Turkey, France, UK and the United States. Due to his visit to these many countries, he devoted himself to the writing field of travelogue, and he wrote some but very professional travelogue.

The role of effective and positive guidance is very crucial for a successful career. IBn-e-Insha has also guideline from his family, writing community and teachers as well. The role of his teachers like Habibullah Ghaznafer Amrohiv, Dr Abdul Qayyum, and Dr Ghulam Mustaf Khan is very important in his life that led him to the way of progress in the literal field. During his youth

During his youth career, he also spent his years with a well-known poet Sahir Ludhhianvi in Lahore who also gave him thought to provide lessons.  Like the other prominent writers of Urdu, Ibn-e-Insha also participated in the writer’s movement known as “Progressive Writers Movement.”

Ibn-e-Insha is known as one of the very famous Urdu writers. He is also considered the well-known poet and writer of his generation. The youth of his generation was very inspired by him. His most memorable ghazal “Insh Ji Uthoo Ab Kuch Kro” got so much fame that took him to the toppers of the poets.

Ibn-e-Insha has written a variety of writings like poems, Ghazals, and Travelogues. The whole of his work appreciated by the audience and the literal community. A list of his important writing is following. You can read online or download books by clicking on it.

Ibn-e-Isha has received many awards, but the prominent post-award is the Pride of Performance Award that he received from the President of Pakistan in 1978.

Ibn-e-Insha spent last years of his life in Karachi. He died on 11th January 1978 in London but later buried in Karachi, Pakistan.

I hope you liked the biography and books of Ibn-e-Insha. You may also read Muhammad Mansha Yaad.