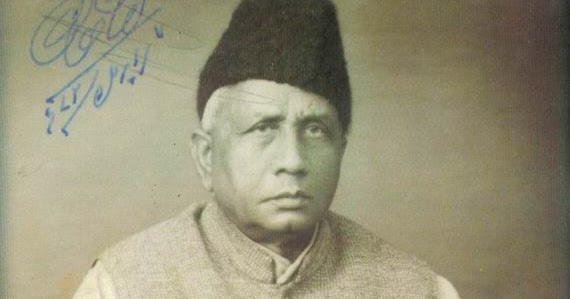 Ehsan Danish was born in 1914 when Europe was in the jaw of World War I. The power of Hitler has encompassed the different countries of Europe. It was the first most significant battle that shook the whole of Europe.

Ehsan Danish is a prominent Urdu writer and poet. He belonged to India because he was born there, but after Pakistan came into being, he chose Pakistan.

Ehsan Danish is born in a small village Kandhla in Shamli district of Uttar Pradesh in India. He belonged to a very low-income family that was unable even to fulfil the initial expenses of his educational career. He could not continue his education due to financial problems.

Perhaps that was the main reason that he turned his attention to labourers of the poor class and his much work related to the working people. He explored the significant problems faced by the poor class.

Despite his all insufficient resources and financial problems, he learned Arabic and Persian languages by his efforts. But later he decided to migrate to Lahore and settled here permanently. He worked days and nights to lead his life in Lahore. He also has been attached to the labour force like an ordinary labourer. But these difficulties of his life taught him the great lesson that he became a prominent poet of Pakistan in Urdu and even today he is remembered.

At the starting of his career, he has the more leaning attitude of his poetry to the romantic field because he loved the nature and beautiful things of the world created by Allah Almighty.

But with the passage of time, when he saw the miseries of the world, the difficulties of the poor people of their routine lives, he turned his attention to the labourers. He wrote many poems related to the workers and labourers of the lower class. He called as “Shair-e-Mazdur” (the poet of workmen). His poetry influenced the audience about the ordinary people as he explained the different hardships faced by the labourers.

He has also been compared with the work of Josh Malihabadi. He has a unique position among the prominent poets of Urdu in Pakistan. His work is related to romantic and revolutionary fields. He used the straightforward style in his poetry that is easily understood by the readers.

His autobiography is the most important work of his career. His autobiography is known as “Jahan-i-Danish” is a classical work and appreciated by the literal community of Urdu. Ehsan Danish has written some books and articles. He has written almost 80 books and hundreds of articles. His writings are related to poetry, prose, linguistics, philology and the well-known interpretation of “Diwan-e-Ghalib.” The much amount of his literary work not published yet.

Ehsan Danish has written some books and hundreds of articles. Some of the most important writings of Ehsan Danish are following.

Ehsan Danish has received one of the prominent awards for the literal community from the government of Pakistan. He received Tamgha-e-Imtiaz in 1978.

At last, I hope you liked the biography of great Urdu poet and writer Ehsan Danish. You may also want to read Akbar Allahabadi biography and books.