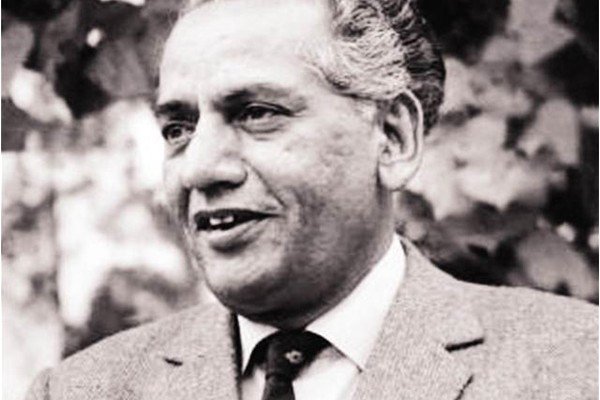 Faiz Ahmad Faiz renowned poet of Pakistan. He is a well-known poet of both languages Urdu and Punjabi. Faiz Ahmad Faiz is also known a revolutionary poet because his poetry inspires the masses to the way of rational thinking with the critical eye.

He considered as an opponent to Liaqat Ali khan’s rule. In this way, he was also taken into the custody of military police and awarded a vivid imprisonment.

He considered as an opponent to Liaqat Ali khan’s rule. In this way, he was also taken into the custody of military police and awarded a vivid imprisonment.

He was born in a Jat family on 13th February 1911 in Kala Qder in a renowned district of Pakistan Sialkot. He was socialized in a literary gathering because he was involved with the literary people from the early childhood.

His home was used to encircle with the local poets and writers that used to visit his home. His father was a barrister who had been working for the British Government. Faiz Ahmad family gave much importance to his education and provided in this way that took him to the peak of highest awards.

His father was a barrister who had been working for the British Government. His family gave much importance to his education and provided in this way that took him to the peak of highest awards.

Faiz’s family was purely Muslims who followed the principles of Islam as a way of life. But on the other hand, Faiz Ahmad Faiz got the secular tradition of Islamic way. He learned Arabic, Persian and Urdu Languages. His father advised him to learned the education from Sir Sayyed School of thought. He sent to Scotch Mission School that run by the British Family. After matriculation, he joined Murray College Sialkot to complete intermediate.

Later he got admission in the department of languages and fine arts in GC University Lahore. Faiz Ahmad Faiz passed his B.A honors in the Arabic language in 1926 and further in 1932 he completed MA English in literature from the Government College University Lahore. He also had a master degree in Arabic that he also finished in 1932.

During the mid of World War II, he joined British army because that there was a dire need of military personals to fight. Faiz Ahmad Faiz was so competent that he attained the rank of Capitan. He also joined Inter-Services Public Relations and given many tasks to complete. He promoted to the rank of Lieutenant Colonel in 1944.

After the partition of Pakistan, he opted Pakistan. But soon after the partition, there were so many issues raised between Pakistan and India and the most prominent issue was the flashpoint of Kashmir. So taking into the mind of disturbances that were rising between Pakistan and India, he decided to give up his services of military forces. Faiz Ahmad Faiz submitted his resignation in 1947.

1936 was an important year in the life of Faiz Ahmad Faiz that turned him to join the literary community formally. In this year, he acceded to a literary movement that was known as Progressive Writer’s Movement (PWM). In this literary movement, he appointed its very first secretary (PWM). Both in East and West Pakistan, his ideology considerably supported. Faiz Ahmad Faiz was the very close friend of a Soviet Poet, Yevgeny Yevtushenko.

During his whole life, Faiz wrote eight books and received many prizes. He was a famous poet not only in Pakistan but also in India and the Soviet Union. His poetry is very influential against the tyrannies of the dictators. Faiz Ahmad Faiz much inspired by the works of Dr. Allama Iqbal and Mirza Ghalib.

He got married in 1941 with a lady whose name was Alys. She was a student of GC College,

Faiz Ahmad Faiz had two children. Both of them are females.

Faiz Ahmad had a unique style in writing. He wrote various poetry books. Now, you can view all his books for online reading or download it in pdf.

At last, I hope you liked the biography of Faiz Ahmad Faiz. You may also want to check Shaukat Thanvi.