Hashim Nadeem is a renowned Pakistani Urdu language writer. He fetched the attention of the people through his phenomenal writings. Moreover, he is the author of the very romantic novel Abdullah. Hashim Nadeem is a skillful writer, novelist, producer, and film director. Besides there artful services, he also made his recognition in the field of poetry.

Better known as the dream catcher and feeling exposer, he attracted masses. Born in Balochistan and raised as a top-class novelist was not an easy task. But, he showed his courage and became the best film director from a poor area. Before we discuss him in detail, we’ll want to tell you about his achievements.

So, be ready to know about this dreamer writer, poet, and film Producer. Yes, it is Hashim Abdullah.

Hashim Nadeem, no doubt, is a great writer and novelist. He is the writer of freshness and affection, which he brought through his open mind. There is not enough information about his early life, but he was born in Quetta Balochistan.

He is the mind of Cadet College Pataro. Bolan Medical College set his life goal as he passed civil services exams through this college. Later, he became an assistant commissioner and served his hometown district for years.

After writing novels, he thought to enter into a new club where thousands of people want to become a celebrity. Besides being a renowned writer, he is also a big name as a film producer and director. His film Abdullah gave him success across the country, and he nominated for many national and international awards.

Here is the complete list of honors awarded to Hashim Nadeem

Hashim Nadeem authored some blockbuster and best selling novels. Here is the complete list of Hashim Nadeem Novels, which you can read as an ebook library and download.

Abdullah is one of his most favorites and reads novels all the time. It is the story of the boy who takes revenge for the killing of innocent people. Abdullah – the final witness was a super hit movie that made on the background of the Kharotabad incident.

It is such an exceptional novel that brings someone from Ishq Mujazi to Ishq e Haqeeqi, i.e., love of Allah. The story revolves around the girl who loves a boy but, after a sudden happening of an incident, she diverts her face.

After Khuda And Mohabbat, it was his masterpiece. The story is terrific, which catches the hearts of the readers.

Bachpan Ka December is another masterpiece of Hashim Nadeem. December poetry makes it more heart-warming for the Urdu digest readers.

Saleeb e Ishq is a social, reforming, and romantic story based on inner feelings. The lyrics of this novel are tremendous as the writer puts human emotions into a jargon.

It is a tale of a Pari, who was a beautiful girl from her parents but chose a path of the headache of love.

After reading this article, you’ll surely love the man who was not a writer but became a prolific writer of Urdu language. Hashim Nadeem was a civil servant, and writing was his passion. He showed it on many occasions through his enthusiasm and rendering works. 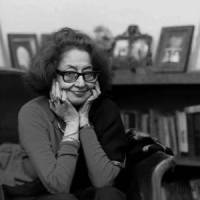 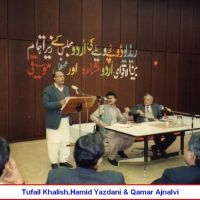 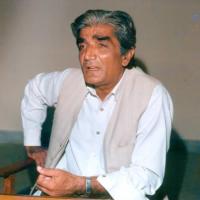 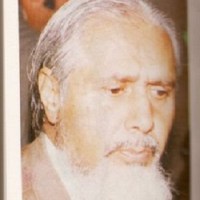