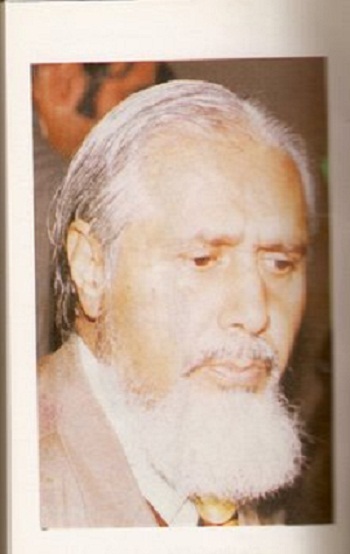 Hazrat Qudratullah Shahab was a great Urdu writer, bureaucrat, and scholar. He appointed at the top positions in Government offices.

Shahab considers the authority on Pakistan’s early history. He describes the first problems of Pakistan and its civil service. His book “Shahab Nama” is widely read and appreciated.

Hazrat Qudratullah Shahab was born on 26th February 1917 in Gilgit. He belonged to the Arain family. He completed her early education at Gilgit. Then, Shahab came to Lahore. He got his graduation degree from Government College Lahore.

In 1940, Qudratulah Shahab joined the Indian civil service. Later, he appointed as a magistrate Bengal. In 1943 Bengal famine, he divided all the strategic stored rice among the people. Shahab came under heavy fire from the Government authorities.

After the creation of Pakistan, Qudratullah joined the Pakistan Civil service. He appointed in the Ministry of Commerce as a Deputy Secretary. Later, he posted the chief secretary of Azad Kashmir, Muzzafarabad. Qudratullah also served the director of Industries Punjab. He played a vital role in solving the issue of refugees and their settlements.

At the time of Governor-General Ghulam Muhammad, he appointed as the principal secretary in his office. He served this post until the regime of Skandar Mirza and Gen. Ayub Khan.

Qudratullah Shahab also served as the ambassador of Pakistan in Holland. In 1968, be elected as a member of the executive board of UNESCO.

Qudratullah Shahab as a Sufi (Spiritualism)

Qudratullah Shahab has unobstructed views on Sufism. He was the close friend of Mumtaz Mufti, Ashfaq Ahmad, and Wasif Ali Wasif. All personalities, as mentioned earlier, are much impressed by Sufi thoughts.

In his life, Qudratullah much impressed by Khawaja Qutubuddin Bakhtiyar Kaki, who was the great saint of Chishti Sufi order. He called this Sufi ninety in his autobiography Shahabnama. He declared this Sufi helped him a lot in all parts of life.

In 2013, Pakistan Post Office issued a stamp in honor of Qudaratullah Shahab with named “Men of Letters.” 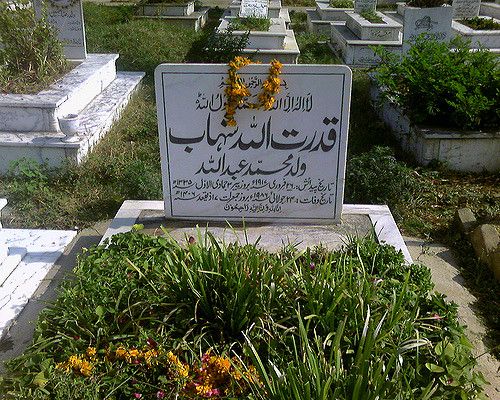 Qudratullah Shahab passed away on 24th July 1986 at the age of 69. His shrine located in sector H-8 Graveyard of Islamabad.

In 1959, Qudratullah Shahab formed Pakistan Writers Guild. He was elected the first president of this Guild. He wrote many articles in English and Urdu newspapers.

Qudratullah Shahab Books list is no longer but he got fame from his biography ‘Shahab Nama.’ Shahab compiled his biography on the saying of Ibne Insha. The complete book published after his death in 1986.

In the last paragraph, he explained his views about Sufism and religion. You can download this book from The Library Pk.

Nafsanay is another masterpiece in Qudratullah Shahab Books. This book is a collection of short stories. These stories related to the issues of Pakistan. You can download or read online this book by clicking its title.

This book is a collection of Urdu short stories. These stories related to our society. Surkh Feeta (Red Tapism) is the great evil of our bureaucracy system.

The book Ya Khuda is also the collection of Urdu short stories. These short stories revolve around our society and point out its issues.

This book is also the collection of short stories (afsanay).

At last, I hope you liked the biography of Qudratullah Shahab. Moreover, you can download all the books in Pdf form. You may read Wasif Ali Wasif, Hafeez Jalandhari, and Ehsan Danish.