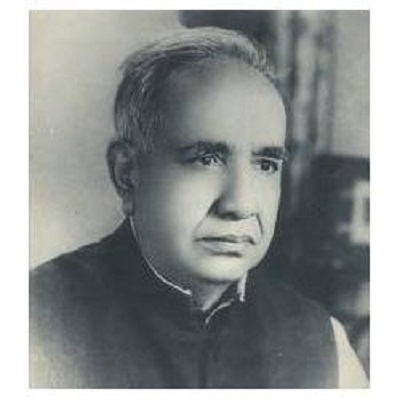 Naseem Hijazi was a famous story writer, journalist, biographer, and novelist of Urdu. He wrote near about 20 books, and Naseem Hijazi Novels read in Urdu books lover.

After Abdul Haleem Sharar, Naseem Hijazi, select Islamic history for his writing. He gave new trends in novel writing. There is no doubt that if we say that he was the pathfinder in history books.

Sharif Hussain (who used the pseudonym Naseem Hijazi) was born in 1914. He belonged to an Arain family. He lived in the  Sujaanpur near the town of Dhariwal, a village of Gurdaspur district. After the creation of Pakistan, Naseem Hijazi migrated to Pakistan. He stayed in Lahore and spent his whole life.

Naseem Hijazi is a God gifted storyteller. He wrote near 19 novels. Mostly his books revolve around the Islamic history background.

No doubt, he was a great novel writer. Naseem Hijazi is most popular among Urdu books lover. He wrote below mentioned books. Moreover, you can read online or download all the Naseem Hijazi Novels by clicking the book name.

This novel wrote in the context of the sub-continent and Sultan Mehmood Gazanvi’s invasion. Sultan Mehmood came near 17 times in Indo-Pak and paved the way for Muslim conquerors. This novel also described the

This story also described the condition of Indo-Pak at the time and evils of the Hindu caste system. The book revolves around the most historic victory of Somnath.

Khak Aur Khoon wrote in the context of the separation of Pakistan. It described the great migration from India to Pakistan.

Hindus and Sikhs have mascaraed the Muslims. More than 20 Million People have damaged.

This novel described the Muslim struggle in Undalus and Reconquista of Spain. Yousaf Bin Tashfin was the ruler of the Almoravid Empire.

He played vital roles in defeating Alfonso VI and establish a firm Muslim empire in Spain.

It is another excellent history Islamic novel by Naseem Hijazi.

Akhri Chattan Novel wrote in the context of Mongol invasion on the Muslim World. Sultan Khawarzim Shah struggled almost 20 years to save Muslims from Genghis Khan and Mongols.

But, he did not get much help from the Muslim rulers. As he removed from the scene, Mongols invaded Baghdad.

It is an excellent novel for book lovers.

Gumshuda Qaafley described the British rule on Indo-Pakistan. It described the condition and events of the Sub-continent before the partition.

In Qaisar-o-Kisra wrote the situation of Byzantine–Sasanian empires. Both consider the superpowers before the arrival of Islam.

This book also describes the rise of Islam in Arabia.

This novel describes the Muslim victories in China, India, Spain, and the period of Walid Bin Abdul Malik.

It described the life of a Muslim Mujahid.

Kaleesa Aur Aag Novel described the last struggle of Muslims to stay in Spain. But, Muslims lost their rules in Andalus.

Naseem Hijazi mentioned the reasons and conditions why Muslims lost their vast empire in Europe.

This book considered the 2nd part of Kaleesa Aur Aag. In this book, the writer described the Christians tortured on Muslims.

They declared no Muslim can stay in Spain. If they stayed, they would join Christianity.

Moazam Ali Book wrote on the life and victory of Haider Ali and Mysore.  Haider Ali was the great ruler of Mysore.

He set up a solid Mysore state and defeated British, Maratha, and Nizaam.

Aur Talwar Toot Gai wrote in the context of British rule on the Mysore and Tipu Sultan era.

Tipu Sultan lost the wars due to the betrayal of his ministers.

Insaan Aur Devta another great history Novel of Naseem Hijazi. In this book, he points out the ancient India condition and the evil caste system.

Muslim victory on Sindh and Raja Dahir defeated in Indo-Pakistan is the primary theme of this book. So, we can say it another Islamic

The Arabs Muslim first time came in Sub-Continent in the leadership of Muhammad Bin Qasim.

Qafla e Hijaz another great Islamic history novel of Naseem Hijazi. In this book, he described the Muslim victories in Iraq and Iran.

This novel described the era of Hazrat Umar and the condition of Iranian.

Shaheen Novel told the story of the Muslim downfall in Spain.

This book revolves around a young Muslim, Abul Hassan. He launched the guerrilla war against Christians.

So Saal Baad is a funny novel. In this novel, Naseem Hijazi criticized Hindu attitudes towards animals in odd manners.

Like So Saal Baad, this book also a funny novel.

Pours Ke Hathi is a funny novel. Naseem Hijazi wrote this book in dialogue style. He criticized Indian leadership and their attitude in the 1965 war in comedy manners.

Saqafat Ki Talash is a comedy novel by Naseem Hijazi. He mentioned the evils of adopting different lifestyles and criticized in his style.

A travelogue book of Naseem Hijazi. He mentioned his travel to Hijaz e Muqadas (Saudi Arabia).

Naseem Hijazi is one of the greatest Urdu novel writers. He wants to introduce our splendid past. He teaches young Muslims to learn from their history. Also awarded the pride of performance in 1992. Naseem Hijazi will live in history by his great books. You may also like to read the biography of

Hijazi also awarded the pride of performance in 1992. Naseem Hijazi will live in history by his great books. You may also like to read the biography of Hazrat Qudratullah Shahab, Deputy Nazir Ahmad, and Qamar Ajnalvi.